Liberals are not only more politically correct than conservatives, but are also destroying comedy, according to HBO’s Bill Maher 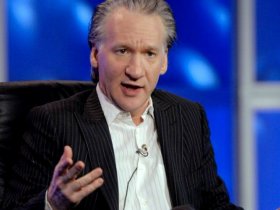 During a conversation regarding comedic censorship with comedian Jeff Ross on this weekend’s Real Time, Maher discussed Jerry Seinfeld’s recent statements about steering clear of college campuses, and questioned whether cultural sensitivity is a generational, or a liberal, or a conservative problem.

“If Jerry Seinfeld is too politically incorrect for you, maybe you should look in the mirror, ” Maher said Friday.

“I appreciate Jerry, who’s not necessarily thought of as an edgy comedian sticking up for comedy as an art form, ” Ross responded.

Ross added: “Comedy is medicine… You don’t want it generic; you want it potent… we have a responsibility to shine a light on the darkest aspects of society.”

“I used to fight with this audience all the time, ” Maher said. “Because we used to get the audience strictly from liberal sources, then we got the audience like from everywhere and I’ve had a much better time the last couple of months.”

June 9, an open letter written by a gay California student and directed at Jerry Seinfeld began circulating online, and asked the former Seinfeld star to adjust his material so that it “spurs social dialogue” and isn’t based on “archaic ideals.”

So, yes, Mr. Seinfeld, we college students are politically correct. We will call out sexism and racism if we hear it. But if you’re going to come to my college and perform in front of me, be prepared to write up a set that doesn’t just offend me, but has something to say.

@Josh_may7 everyone nowadays are such politically correct liberal motherfuckers! Pussies all of em Sat, 27 June 2015 12:41 AM