Why Do Right-Wing Christians Think 'Religious Freedom' Means Forcing Their Faith on You? 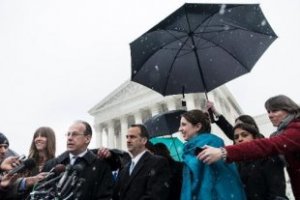 Religious freedom has turned into conservative code for imposing Christianity.

Paul Clement, a lawyer arguing for Hobby Lobby and Conestoga Wood, speaks to the press outside the US Supreme Court on March 25, 2014 in Washington

Religious freedom is one of the most fundamental American values, written directly into the First Amendment of the Constitution. Of course, true religious freedom requires a secular society, where government stays out of the religion game and leaves it strictly to individual conscience, a standard that runs directly against the modern conservative insistence that America is and should be a “Christian nation”. So what are people who claim to be patriots standing up for American values to do? Increasingly, the solution on the right is to redefine “religious freedom” so that it means, well, its exact opposite. “Religious freedom” has turned into conservative code for imposing the Christian faith on the non-believers. 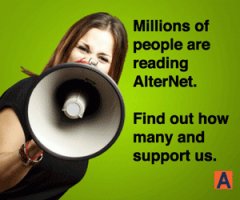 While it seems like a leap even for the most delusional conservatives to believe that their religious freedom can only be protected by giving Christians broad power to force their faith on others, a new report from the People For the American Way shows how the narrative is constructed. The report shows that Christian conservative circles have become awash in legends of being persecuted for their faith, stories that invariably turn out to be nonsense but that “serve to bolster a larger story, that of a majority religious group in American society becoming a persecuted minority, driven underground in its own country.” This sense of persecution, in turn, gives them justification to push their actual agenda of religious repression under the guise that they’re just protecting themselves.

@CarmineZozzora I'm a bigot because I disagree with right wing beliefs which have done nothing but drive 99% of the population down? Ok then Mon, 22 June 2015 05:22 PM

@Sperry Maguire: If there's one thing the right-wing is great at it's refusing to budge on core beliefs, even in the face of terrible PR. Mon, 22 June 2015 03:29 PM