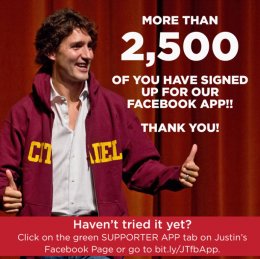 The use of social media has increased considerably over the course of half a decade. Facebook, Twitter and other websites like YouTube and Reddit have become the prime sources of this phenomenon on the internet. We now live world so connected and shrunk as a result of social media’s rise at the expense of traditional mediums like television and radio. Their use in the realm of politics has grown considerably, especially with the presence of politicians using Facebook and Twitter to directly communicate with their constituents and with potential voters in electoral campaigns. If a person is politically involved and has a Facebook account for example, that person could post status updates endorsing candidates, political parties and change their profile or cover photos to express their allegiance and support in an instant with pictures of party emblems or particular candidates. We saw the first major use of social media as a campaigning tool in the 2008 US Presidental and concurrent Congressional election which saw the Democratic Party reclaim the White House since 2000 and their majorities in the House of Representatives and the Senate increased substantially from the 2006 mid-terms.

Here in Canada, we Canadians have been using social media for both political and in other realms of our lives. One can remember well how social media is used here in Quebec during the student protests when students were protesting the previous Charest Administration’s proposed tuition increase policy and the IdleNoMore movement which was a reaction to the Conservative government’s omnibus budget C-45’s provisions which modify protection to waterways and other ecological realms. The same dynamic is seen here with politically involved groups like the FEUQ which is the main university student interest organization having official Twitter and Facebook groups and their individual leaders like Martine Desjardins tweeting on behalf of the group and on her personal thoughts of the affairs of the day. Daniel Phillips & Rob McLaren, two writers who have been observing the role of social media in Canadian politics, say that “The parties’ efforts in social media are establishing direct relationships between people and politics. By engaging in election related content, be it sharing links, re-tweeting, inviting friends to events, liking posts, commenting on posts, etc, people are playing an active role in each electoral campaign and therein lies the value for politics in social media.”[1]

Toronto-Danforth Liberal Party of Canada: Inside Look at ...
Related Posts