Liberalism in the 19th Century 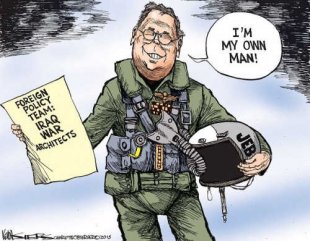 Jeb Bush is the corporatist GOP's Lawn Gnome, much like yesterday was Bud Selig Bobble Head Day at the Milwaukee Brewers' baseball park. Like we wouldn't understand a 21st Century Selig Bobble Head.

And AEI bobble head Charles Murray is Jeb!'s guru since he believes that if the sheeple obey the hyper-rich and resist the government.then (phase two) Liberty/Freedom of the 19th Century's version of pastoral ruling class Republicanism sitting on Reagan's shining hill city... and (phase four) we are all underpantsless, ready to be buggered by all the profiteers in a neo-feudal libertarian future.

Murray advocates even more extreme resistance, channeling the current GOP obstructionism even closer to is roots in white racism. Instead of recognizing that the regulatory state was and is the only bulwark against a national, much less a global depression, the federal State is not a demon to be smashed, just made more like South Africa's apartheid regime where a frightened minority race controls what's left of a corporate and financial empire under global siege by international Others, some violent extremists and others simply "un-Exceptional" non-Americans.
Murray, a political scientist and professional controversy magnet at the American Enterprise Institute, is known for Losing Ground, which deemed the welfare state a failure; The Bell Curve, which linked intelligence, race and socioeconomic outcomes; and Coming Apart, which declared that white America is torn by class and values. 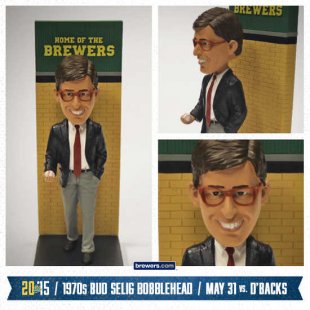 In By the People, he not only offers a bleak assessment of the health of American democracy but – and here is where things get interesting – calls for civil disobedience aimed at rehabilitating it.
But there’s good news beyond the Beltway. Technology is siphoning power from sclerotic government agencies and putting it in the hands of individuals and communities. The rediversification of American culture is making local freedom attractive to liberals as well as conservatives. People across the political spectrum are increasingly alienated from a regulatory state that nakedly serves its own interests rather than those of ordinary Americans. 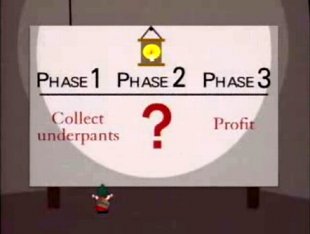 The even better news is that federal government has a fatal weakness: It can get away with its thousands of laws and regulations only if the overwhelming majority of Americans voluntarily comply with them. Murray describes how civil disobedience backstopped by legal defense funds can make large portions of the 180, 000-page Federal Code of Regulations unenforceable, through a targeted program that identifies regulations that arbitrarily and capriciously tell us what to do. Americans have it within their power to make the federal government an insurable hazard like hurricanes and floods, leaving us once again free to live our lives as we see fit.

Hartz is best known for his classic book The Liberal Tradition in America (1955) which presented a view of America's past that sought to explain its conspicuous absence of ideologies. Hartz argued that American political development occurs within the context of an enduring, underlying Lockean liberal consensus, which has shaped and narrowed the landscape of possibilities for U.S. political thought and behavior. 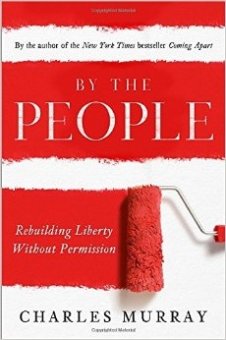 He attributed the triumph of the liberal worldview in America to its lack of a feudal past, and thus the absence of a struggle to overcome a conservative internal order; to its vast resources and open space; and to the liberal values of the original settlers, who represented only a narrow middle-class slice of European society.

Hartz was chiefly concerned with explaining the failure of socialism to become established in America, and believed that Americans' pervasive, unthinking consensual acceptance of classic liberalism was the major barrier.

Louis Hartz's The Liberal Tradition in America: An Interpretation of American Political Thought since the Revolution. 1955. Harcourt, Brace

That this message has reproduced itself in so many strangely pernicious ways is part of the crisis of American democracy. The dimwits trying to construct a Reaganism from Hollywood sloganeering with a Southern Strategy reminiscent of the pre-Civil War White free soilists. This time the message is perversely transformed into a reactionary false consciousness as though such a sleight of hand could make Dixiecrats the only racist memory in the New South and the KKK are just signs put up to signal strikeouts at a baseball park.

America in the 19th Century

Street Life in London in the 19th century - Pictures from ...
Related Posts

@kino: (memo) The Language of Radicalism and of Liberalism in mid 19th-Century England: the Straggle for the Memory of Peterloo Fri, 26 June 2015 05:32 AM