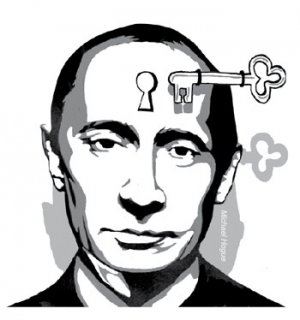 Imagine that you were to pick up a textbook on American history and find no mention of Thomas Paine, Benjamin Franklin, or Thomas Jefferson. This is pretty much the situation for anyone in the West trying to understand modern Russia. The standard textbooks have almost nothing to say about the conservative ideas currently dominating the political scene. The Soviet Union vigorously suppressed the key thinkers of the right for most of the last century, of course, but even now that it is no longer a crime for Russians to read their books the West has continued to ignore them.

There is a reason for this. Historians tend to have a teleological focus. They have in mind a defining endpoint—the telos—and wish to explain how we got there. Information that does not contribute to this explanation is ignored. In the case of Russia, the telos was, for many decades, communism. Everyone wanted to understand what it was and why it had succeeded in taking power. Studies of Russian intellectual history therefore quite understandably concentrated on the development of liberal and socialist thought. Russian conservatism, by contrast, was considered a historical dead end and unworthy of study.

As a result, Western commentators nowadays, lacking any knowledge of Russia’s conservative heritage, are unable to place contemporary Russian government within the correct intellectual context.

Analyses of Putin tend to emphasize his KGB past and portray him as bent on suppressing democratic freedoms. As the murdered journalist Anna Politovksaya put it, Putin “has failed to transcend his origin and stop behaving like a lieutenant colonel in the Soviet KGB. He is still busy sorting out his freedom-loving fellow countrymen; he persists in crushing liberty just as he did earlier in his career.” For many in the West, that’s the end of story.

In fact, contrary to this view, Putin fits into a long-standing Russian tradition of “liberal-conservatism.” Modern Russian author A.V. Vasilenko summed up this school of thought, writing that “A strong state is needed not instead of liberal reform, but for reform. Without a strong state liberal reforms are impossible.” This is the basis of what British academic Richard Sakwa calls “a unique synthesis of liberalism and conservatism” embodied in Putin’s rule.

Boris Chicherin (1828-1904) is perhaps the ideology’s founding father. According to historian Richard Pipes, he “espoused Manchester liberalism and civil rights, and, at the same time, supported autocracy.” “The Russian liberal, ” Chicherin wrote, “travels on a few high-sounding words: freedom, openness, public opinion … which he interprets as having no limits. … Hence he regards as products of outrageous despotism the most elementary concepts, such as obedience to law or the need for a police and bureaucracy.” “The extreme development of liberty, inherent in democracy, ” he said, “inevitably leads to the breakdown of the state organism. To counter this, it is necessary to have strong authority.”

Another Black Person Liberals Can Hate and be Racist Against

RT @replicakill: Can any first world enlightened liberal philosophers give even one reason why Obamacare is bad that isn't eur-am right win… Thu, 25 June 2015 05:25 PM

@Replica Kill: What philosophers don't tell undergraduates when they're squawking away about doubt is that you can't doubt liberal philosophy. No way. Sat, 27 June 2015 05:48 PM