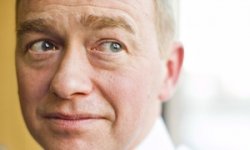 ‘Tim Farron does not seem inspired by the distrust of the state, freedom for individuals and, above all, instinctive tolerance that are hallmarks of his party’s traditional creed.’ Photograph: Felix Clay

It has been largely forgotten, but two of the nation’s major political parties are now engaged in leadership contests. While the quartet of Labour candidates received prime-time television coverage for their dreary and uninspiring debate, the two men fighting over the twitching corpse of the Liberal Democrat party struggle to gain much media interest for the minor league contest.

Membership Event: The Fight for Liberal Britain, with Tim Farron and Norman Lamb

Politics is brutal, but the speed with which the Lib Dems went from party of government led by the deputy prime minister to a near-invisible parliamentary minnow is breathtaking. Already it seems strange that Nick Clegg was such a Westminster player that even his most banal utterances made headlines. The untimely

Yet the contest matters. The Labour party seems to be curling up, having lost confidence in either itself or the future amid growing insularity on the left. Meanwhile there are concerns that a Conservative government with a slender majority might be held hostage by headbangers on the hard right, already flexing their muscles just one month after David Cameron’s electoral triumph.

In this climate, with crackdowns on civil liberties, debate over human rights, a ballot on Europe and widespread hostility to migrants, Britain needs a strong liberal voice to challenge the two main parties if they drift back towards their comfort zones. Yet the force that historically held this flag aloft is fighting for survival after its catastrophic decision to enter coalition, a dismal campaign, and having lost not just 49 of its 57 MPs but also all but one of its MEPs, half its councillors and two-thirds of its voters.

So it seems baffling that the party might elect as leader a man who seems to lack a driving spirit of liberalism – especially when such beliefs resonate more strongly with younger people.

The frontrunner, Tim Farron, has never hidden his ambition. His energetic campaigning, support for immigration and opposition to the bedroom tax deserve credit. But he does not seem inspired by the distrust of the state, freedom for individuals and, above all, instinctive tolerance that are hallmarks of his party’s traditional creed.

This is evident on social issues, where his evangelical Christianity appears to collide with the cause of liberalism. Although an atheist, I admire people inspired by faith into fighting for others. And if Norman Lamb, the other leadership candidate, feels his aides have been abusing this issue, he was right to apologise this week when the pair clashed on Victoria Derbyshire’s BBC programme.

My views on things.