Summation of Papal opposition to religious liberty in the 19th century November 8, 2013 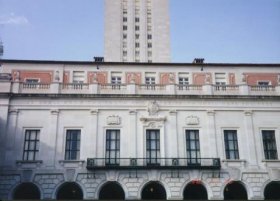 I’ve been reading some works by Archbishop Marcel Lefebvre based on some reader recommendations, and I have found much of value. In what is probably his most important work, They Have Uncrowned Him, Archbishop Lefebvre very helpfully outlines formal doctrinal statements from various popes ranging from Pius VI to Benedict XV, highlighting the most important formal denunciations of liberalism during a century of vehement papal opposition. I must say, these papal statements, some of which I had a dim understanding of previously, and some of which were entirely new to me, stand in extremely stark contrast to the post-conciliar approach of the Church. To put it bluntly, it seems extremely difficult to reconcile these formal doctrinal statements from numerous popes between the late 18th to the early 20th century, and portions of Vatican II (and even more, the implementation of those portions of Vatican II).

Next week, God willing, I will provide some of the excerpts themselves from the major doctrinal condemnations of generic liberalism, and the popular concept of religious liberty in particular. For now, an excerpt from Chapter X pp. 78-79, which gives a summation of the three main underlying reasons for these denunciations via Archbishop Lefebvre:

For the moment, here are the true, immediate, and concrete motives for the condemnation of religious liberty by the Popes of the nineteenth century, motives that are always valid, as we can judge: it is absurd, impious, and leads the peoples to religious indifferentism. I take up again the very words of the popes:

Absurd, religious liberty is this, because it grants the same rights to truth and error, to the true religion and to the heretical sects. Now, as Leo XIII says, “Right is a moral faculty; and, as we have said and as cannot be repeated too often, it would be absurd to believe that it belongs naturally and without distinction or discernment to the truth and to a lie, to good and to evil (Encyclical Libertas). [The more I read of Pope Leo XIII, the more stunned I am that he has no cause of canonization underway]

Blasphemous, religious liberty is also this, because it “concedes to all religions equality under the law” and “puts the holy and immaculate Spouse of Christ on the level of the heretical sects and even of Jewish perfidy, ” Furthermore it implies “the religious indifferentism of the State, ” which is equivalent to being its “atheism:” that which is the legal impiety of societies, the forced apostasy of the nations, the rejection of the social royalty of Our Lord Jesus Christ, the negation of the public law of the Church, its elimination from society or its subjugation to the State.

Finally, it leads the peoples to religious indifference, as the Syllabus declares in condemning proposition 77. This is evident: if now in these times, the conciliar Church and the majority of Catholics are coming to see the ways of salvation in all religions, it is because this venom of indifferentism has been administered to them, in France and elsewhere, by almost two centuries of this diet of religious liberty.

Timeline of the 18th and 19th Century

@Bill_TPA @fifthstarter @IrishTea1 I'm guessing learning about 19th century liberalism would be quite a shock Mon, 22 June 2015 02:27 AM