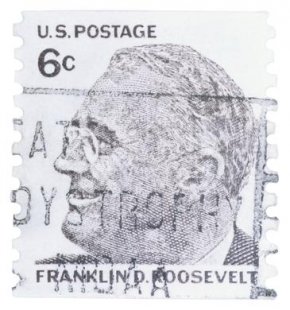 With the 1932 election of Franklin Delano Roosevelt as president, the United States ushered in a new era of liberalism. Roosevelt’s set of government initiatives, known as the New Deal, tried to slow down the effects of the Great Depression and prevent the possibility of another such economic catastrophe. New Deal Liberalism is a belief in a government, large in size, that is active in regulating the economy and society to achieve what it perceives as fairness.

New Deal Liberalism supported guarantees to protect people from downturns in the economy. This brand of liberalism also sought to create a more just social order. The understanding was that government would have to increase in size and scope to handle these tasks. New Deal liberalism was, ultimately, a refutation of the idea, common in the earlier 20th century, that the government should be as small as possible.

To fight the dire effects of the Great Depression, Roosevelt embraced the idea of an active government in the economic realm, proposed by English economist John Maynard Keynes. The belief was that governments should stimulate economic production through investment and spending (The A to Z of the Roosevelt-Truman Era, 236). Roosevelt’s New Deal agencies legitimatized this new liberal theory of increased government regulation and spending.

People have the right to expect government support in desperate times, according to New Deal Liberalism. Roosevelt spoke of many of these new governmental responsibilities in his 1944 State of the Union Address to Congress, known popularly as the Second Bill of Rights Speech. Americans now had rights that included jobs, education and food.

@Bill_TPA @fifthstarter @IrishTea1 I'm guessing learning about 19th century liberalism would be quite a shock Mon, 22 June 2015 02:27 AM