Neoliberalism has brought out the worst in us 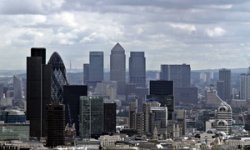 'We are forever told that we are freer to choose the course of our lives than ever before, but the freedom to choose outside the success narrative is limited.' Photograph: Lefteris Pitarakis/AP

We tend to perceive our identities as stable and largely separate from outside forces. But over decades of research and therapeutic practice, I have become convinced that economic change is having a profound effect not only on our values but also on our personalities. Thirty years of neoliberalism, free-market forces and privatisation have taken their toll, as relentless pressure to achieve has become normative. If you’re reading this sceptically, I put this simple statement to you: meritocratic neoliberalism favours certain personality traits and penalises others.

There are certain ideal characteristics needed to make a career today. The first is articulateness, the aim being to win over as many people as possible. Contact can be superficial, but since this applies to most human interaction nowadays, this won’t really be noticed.

It’s important to be able to talk up your own capacities as much as you can – you know a lot of people, you’ve got plenty of experience under your belt and you recently completed a major project. Later, people will find out that this was mostly hot air, but the fact that they were initially fooled is down to another personality trait: you can lie convincingly and feel little guilt. That’s why you never take responsibility for your own behaviour.

On top of all this, you are flexible and impulsive, always on the lookout for new stimuli and challenges. In practice, this leads to risky behaviour, but never mind, it won’t be you who has to pick up the pieces. The source of inspiration for this list? The psychopathy checklist by Robert Hare, the best-known specialist on psychopathy today.

This description is, of course, a caricature taken to extremes. Nevertheless, the financial crisis illustrated at a macro-social level (for example, in the conflicts between eurozone countries) what a neoliberal meritocracy does to people. Solidarity becomes an expensive luxury and makes way for temporary alliances, the main preoccupation always being to extract more profit from the situation than your competition. Social ties with colleagues weaken, as does emotional commitment to the enterprise or organisation.

Bullying used to be confined to schools; now it is a common feature of the workplace. This is a typical symptom of the impotent venting their frustration on the weak – in psychology it’s known as displaced aggression. There is a buried sense of fear, ranging from performance anxiety to a broader social fear of the threatening other.

@Roberto_Hughes because of economic policy. UKIP are right of the Tories and have a rather neoliberal approach to economics like Tories Mon, 22 June 2015 03:33 PM

RT @glopol_analysis: After WW2 it was Keynesian economics that induced growth all over the West then Neoliberal global project reversed it … Mon, 22 June 2015 02:39 PM