At the time I wrote the article, my thought was that for all of their struggle on deciding whether a nanomaterial was best defined as “how many” nanoparticles or “how much” it didn’t really seem to address whether there was in fact any risk from either. 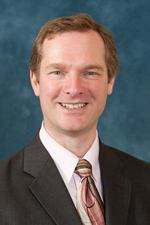 Andrew Maynard commented on the entry and promised an analysis of the situation, which we now have.

Maynard’s insights get far deeper into the fundamental problems that occur when bureaucrats attempt to define nanotechnology. According to Maynard, what you risk ending up with is politics dictating health and safety regulations rather than science.

And the politics in this instance are a powder keg of misinformation. As Maynard relates in his analysis, “This situation has been exacerbated by the underlying assumption that nanomaterials present a unique risk. And all too often the science has been co-opted to support this position rather than to evaluate it.”

We are given the example of how European Commission Directorate General for Health and Consumers Scientific Committee on Emerging and Newly Identified Health Risks (SCENIHR) last year, which Maynard describes as one containing “a palpable sense of the authors contorting themselves to serve an assumption that doesn’t align well with the facts.” He adds, “It’s no surprise therefore that the conclusions they reach are peppered with caveats that seem to call into question the assumption on which their task was based.”

Maynard points out that just five years ago he was among the chorus of those calling for a definition of nanomaterials. But it seems the more science reveals about the properties and possible risk of nanomaterials and nanoparticles the less beneficial it will be to arrive at this definition.

“Five years ago, the state of the science was such that it still seemed feasible that a regulatory definition of nanomaterials could be crafted. Today, that hope is looking increasingly tenuous. We know that size matters when it comes to understanding the risks presented by materials generally – and particles more specifically – and that characteristics such as physical form and chemistry are also important. But these are relevant from diameters of tens of micrometers – where particles begin to be able to penetrate organisms – down to the nanometer size range. At different length scales, different material-biology interactions lead to different mechanisms of action that have the potential to cause harm in different ways. But there are no rules that are generalizeable to the nanoscale specifically – that much the science is clear on. And this alone calls into question the scientific-basis of enforcing nanoscale-specific regulations.”

@TriassicPark definitely. one easy way to look at it is to define the political spectrum by at least two yardstick, one socially another Tue, 23 June 2015 11:18 PM