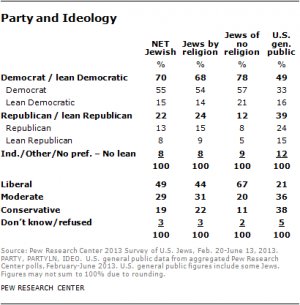 Jews are among the most strongly liberal, Democratic groups in U.S. politics. There are more than twice as many self-identified Jewish liberals as conservatives, while among the general public, this balance is nearly reversed. In addition, about seven-in-ten Jews identify with or lean toward the Democratic Party. Jews are more supportive of President Barack Obama than are most other religious groups. And about eight-in-ten Jews say homosexuality should be accepted by society.

Interestingly, one Jewish subgroup does not fit this liberal, Democratic profile: Orthodox Jews. Roughly half of Orthodox Jews describe themselves as political conservatives, and 57% identify with or lean toward the Republican Party. 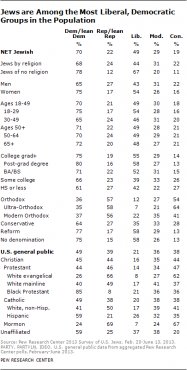 And in their attitudes about homosexuality, Orthodox Jews more closely resemble evangelical Protestants than other Jews, with nearly six-in-ten saying homosexuality should be discouraged by society.

The survey also asked Jews about their perceptions and experiences of discrimination. Roughly one-in-seven say they have been called an offensive name or been snubbed in a social setting during the past year because they are Jewish. 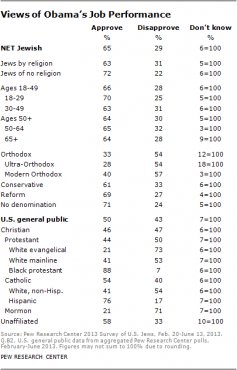 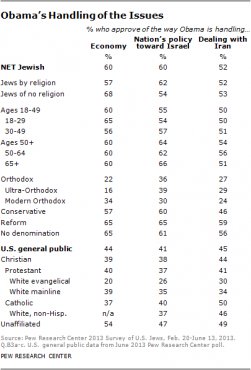 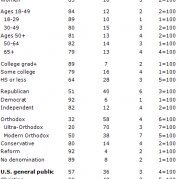 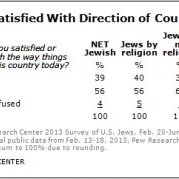 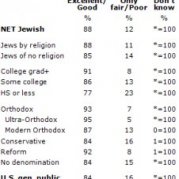 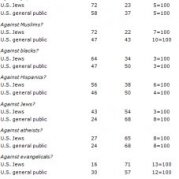