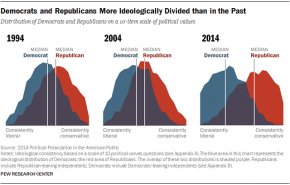 One hardly needs more charts to understand that over the past 6 years America has never become more ideologically and politically divided, but here, just to hammer that point, is the latest survey of 10, 000 adults from Pew confirming just this. 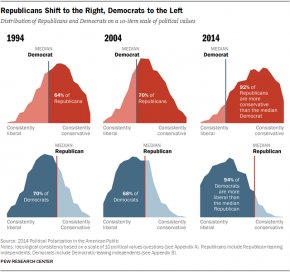 In a nutshell, after some modest convergence to the center in the last decade of the 20th century and the early years of the 21st, Americans have radically polarized their views and have grown further apart politically and culturally to never before seen degrees. The "median democrat" has become more ideologically consistent with other liberals, while the "median republican", with other conservatives. Furthermore, both sides are more disapproving of those they disagree with. 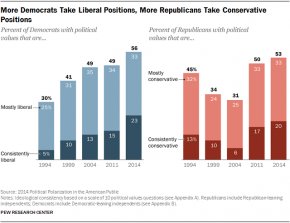 Finally those at the extremes are most vocal, as the dwindling center has grown frustrated by both wings. And not helping matters is a Congress, which courtesy of the Fed's monetary policy which is now extensively used in lieu of a functioning fiscal process ("Get to work Mr. Chairman"), means that dissatisfaction with the broken legislative branch has never been higher, even if the stock market is at all time highs. 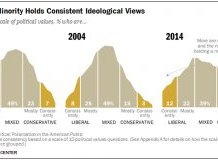 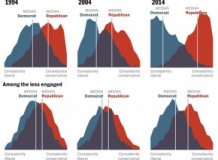 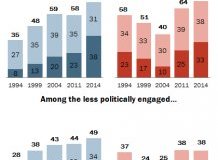 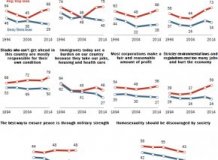