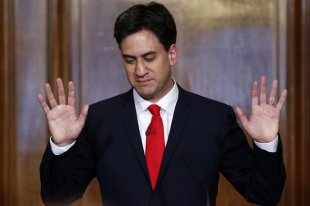 While the Tories are sipping champagne, Labour are still licking their wounds after a crushing defeat at the election which saw their leader resign and the shadow chancellor Ed Balls lose his seat in Morley.

But they can get some comfort out of the fact that, while a bit late in the day, their dramatic defeat has spurred many to join the party.

Since Friday's bloodbath, thousands of people have signed up to Labour - despite the apparent drop in popularity.

Their disastrous performance seems to have only increased people's interest and support for the party.

With more members signing up in recent days, could we see a resurgence of populist Labour at the next election?

But they're not alone.

ALL parties have seen membership rise

It's fairly common after an election to see membership figures rise as people are newly motivated to make changes.

Join The Party (In My Boat)

Join the Party! PartyLite Your Way

Everyone in the AG/BD area are welcome to join @SoulFireAG tonight at our camp worship/message! Pre-party starts at 6:30 at FM Camp Grounds! Sun, 28 June 2015 07:03 PM