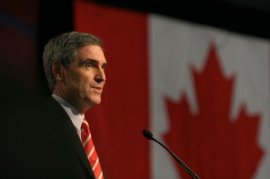 On May 2nd 2011, Canada will have a federal election. There are four political parties that will likely win seats in Canada’s Parliament. One of them is the Liberal Party.

The Liberal Party has made the following election promises regarding immigration:

Considering that the Liberal Party was the only party in Canada that opposed Bill C-11, I am surprised that there is not anything about reversing or amending some of the recent changes to Canada’s refugee system.

Of course, the Liberal Party platform is not completely empty. It does propose some specific noteworthy changes. I’m surprised that there hasn’t been more publicity about the promise to phase out the Mexican temporary resident visa requirement. This visa requirement – imposed in 2009 – has infuriated just about every Canadian of Mexican origin that I have met.

All in all, the Liberal Party of Canada is not making any major promises regarding immigration. Considering that the Liberals were the party that brought us the Immigration and Refugee Protection Act, this is perhaps not surprising. However, considering the sheer number of changes that the governing Conservative Party of Canada has either introduced or plans to introduce, the lack of an alternative Liberal vision does raise some eyebrows.

Liberal Party of Canada support Rally against closure of ...

The Liberal Party Of Canada

@_metafizik yes & even in Canada the prov parties' names don't always track with policies-The BC Liberal party most say is right of centre 2 Mon, 22 June 2015 01:20 AM