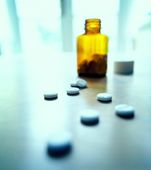 Contrary to popular opinion, conservatives do indeed believe there is a need for health care reform. If there is one thing upon which Republicans, Democrats, liberals and conservatives can agree, it is that the health care system in America is broken.

The issue, then, is over what exactly is broken about it. Liberals generally believe the only way to fix the system is for government to operate it, the way Canada and the United Kingdom run their systems - via "universal health care." Conservatives, on the other hand, disagree with this notion and contend that the American government is wholly unequipped to take on such a huge endeavor, and even if it were, the resulting bureaucracy would be terribly inefficient - like most government programs.

Conservatives aren't just naysayers, however. Their plan is more optimistic in tone, because they believe the current system can be fixed with reform measures such as promoting competition between health insurance and pharmaceutical companies, reforming the Medicare payment system, establishing clear standards of care and ending the "lottery" court system by capping damage awards ordered by activist judges.

Democrats on Capitol Hill have been floating the concept of a single-payer health care system similar to the ones currently in practice in Canada and the United Kingdom.

Before he was elected in 2008, President Barack Obama promised to save the "typical American family" $2, 500 annually by reforming the insurance market and creating a "National Health Insurance Exchange." In his press releases, the president claims the Obama/Biden plan will "Make Health Insurance Work for People and Businesses - Not Just Insurance and Drug Companies."

The plan would allow employers to reduce their premiums by switching most of their employees over to the government program (of course non-unionized workers would have no say in the matter at all). The new nationalized health care plan would then absorb these new individual health care costs, bloating an already overburdened federal government even further.

Costs surrounding the health care industry are inflated by three very particular elements, two of which involve the insurance industry. Because of (in many cases) preposterous court settlements that create a veritable lottery for plaintiffs seeking damages, liability insurance for health care providers is out of control. If doctors and other medical professionals want to continue to operate and generate a profit, they often have no choice but to charge exorbitant fees for their services, which are then passed along to the consumer's insurance company. Insurance companies in turn raise premiums on the consumers. Physician and consumer insurance plans constitute two of the culprits in the high cost of health care, but both are related directly what is happening in American courtrooms.

Conservatives mostly down on SCOTUS regarding health care ...

@Cristian: Conservative views are based on religionality, but to let it impede the Constitution is absurd. Gay marriage is a civil right. Fri, 26 June 2015 03:31 PM

@Sergio Herrera: Gay marriage is law and I can't wait to see some dumb ass conservative views on my timeline Fri, 26 June 2015 02:30 PM