Many, including CDN, projected that consumer choice would become greatly limited after the imposition of Obamacare – this month is proving all of them 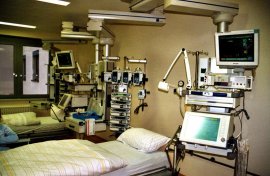 The Economist published an article detailing the turmoil healthcare insurers are experiencing. The remedy they seek is to eliminate competition in an impossible marketplace:

A similar consolidation among health insurers was also predicted. But since the new insurance exchanges set up under Obamacare only went into operation last year, it has taken until now for it to be clear how big the merger wave may be. The largest insurer, UnitedHealth, has approached the number three, Aetna. The second-largest, Anthem, is trying to buy the number five, Cigna—which on June 21st rejected Anthem’s $47.5 billion bid. And the number four, Humana, has been looking at selling itself to either Aetna or Cigna.

Reduced competition is terrible for consumers. Prices inflate wildly and products/services become harder to get.

Once the healthcare marketplace is reduced to UnitedHealth, Anthem and Aetna, United and Anthem will fight over Aetna until just the two remain. With certain politicians in place, United will be allowed to acquire Anthem and there will just be one – a single payer.

It will be so much easier for progressives to regulate a single insurer into oblivion instead of dealing with a herd of cats all doing their own things. A behemoth like UnitedHealth needs the money the government gives it just to survive the weight of Obamacare. If UH doesn’t do what the government wants, that money is gone. And then – it will be gone anyway.

Once UnitedHealth becomes a figment of history, someone has to step in to save the imaginary “working class.” Gosh, who will that be?

Welcome to government healthcare. The crazy predictions from years ago are coming true and there will be no push back. People will just be happy to be getting “free” healthcare – no matter how unavailable or substandard it is.

RT @valkiria_ga: @NHAparty yep and I have 'major issues' with the Conservative party! Care.data flies in the face of our health data confid… Sat, 27 June 2015 08:44 AM

RT @KampSteve: @ByronYork @SeanTrende health care is interstate commerce. This is so obvious to all except the conservative entertainment c… Sat, 27 June 2015 09:06 AM