Survey Shows How Liberals and Conservatives Differ on Matters of Faith 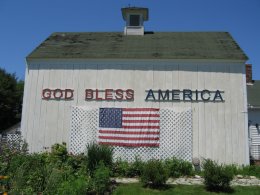 –People’s interest in – and reactions to – the social and political actions being made by President Obama and the Democratic-controlled Congress have heightened awareness of the different perspectives held by liberals and conservatives.

A new study conducted by The Barna Group indicates that those differences are related to substantially different spiritual beliefs, behaviors and alignments.

Overall, the research shows that nearly one-third of all adults (32%) consider themselves to be “mostly conservative” on social and political matters, and about half as many (17%) claimed to be “mostly liberal” on such matters. The other half of the adult population generally takes a position somewhere in between those opposing viewpoints.

The Religious Beliefs of Liberals and Conservatives

Based upon an evaluation of more than a dozen religious beliefs of liberals and conservatives, consistent and significant differences are evident. Liberals are less than half as likely as conservatives to firmly believe that the Bible is totally accurate in all of the principles it teaches (27% versus 63%, respectively); to strongly believe that Satan is real (17% versus 36%); and to firmly contend that they have a personal responsibility to share their religious beliefs with others (23% versus 48%).

Liberals are also far less likely than conservatives to strongly believe each of the following:

Who Are the Racists: Conservatives or Liberals?