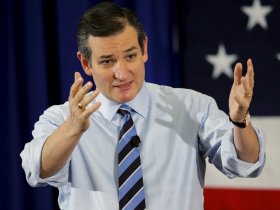 The money men in New York City set aside their socially liberal views in order to support fiscally conservative candidates because that was the only way to get on the same page as the GOP base.

The result has been a series of candidates Wall Street's big donors didn't really want.

It seems those donors are getting tired of that outcome.

Hedge fund billionaire Leon Cooperman recently vented his frustration with this arrangement on an episode of Wall Street Week.

"I tend to be more Republican in my views, but socially very liberal. I'm going to have trouble with any Republican that does not disavow a fixation with social issues, " he said.

"Republicans have to understand that because young people in our country are not grabbed by those issues."

Reuters/ Jeff Zelevansky Leon Cooperman.Republican candidates are not getting the message.

In fact, some social conservatives are actually hardening their stances before a new wave of younger voters has the mass to make a difference at the polls.

A recent Pew Research poll found that Republican Conservatives are the only group in America who have become less accepting of homosexuality over the last two years.

This is not what Wall Street wants to see.

These are all socially conservative no-nos.

During the last presidential election, it looked like Wall Street might finally get the kind of Republican they were looking for — Mitt Romney.

For most of his career, Romney was known as a moderate technocrat.

But when he ran for president, Romney was forced to turn to entice the party base. He played up his conservative family values instead.

Many on Wall Street loved his private-equity/business background to be sure. They liked his ideas on foreign policy, even, but they weren't crazy about his sudden lurch to the right on issues like abortion.

From the way Cooperman talks about it, some on Wall Street are tired of compromise.

A conservative vision for social justice

@Ronald Auclair: everyone who describes themselves as "socially conservative" should exodus to a remote island and live together in their own terrible world Sat, 27 June 2015 06:33 PM