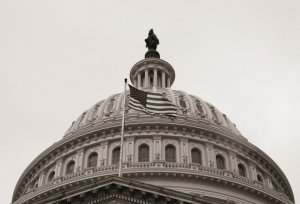 Why is it that today’s liberals have become the most ardent cheerleaders of arbitrary monarchy? Wasn’t liberalism born of the effort to limit arbitrary rule of a single, unelected ruler?

No, I’m not suggesting that the Left has suddenly decided that they regret the American Revolution. But, in nearly every leading liberal magazine, newspaper and blog, there is a growing excitement and hope that Pope Francis will change the Roman Catholic Church’s “policies” on birth control, male celibate priesthood, homosexuality, gay marriage, divorce and (, at least, though far fewer) abortion. They have celebrated the appointment of Pope Francis as a sign that the Church is finally going to join the modern world, and fervently hope that he will simply declare that those teachings are no longer valid and embrace today’s accepted orthodoxies. They yearn for executive fiat.

It is striking to witness this palpable longing in juxtaposition of arising from President Obama’s decision to suspend the “employer mandate” until 2015, and general support of the President’s assertion that in the face of Congressional opposition that he has recourse to the “Pen and the Phone.” And, after a season of accusatory lamentation about Pope Benedict’s authoritarian treatment of the “Nuns on the Bus, ” there has been deafening silence from the Left over the Obama administration’s decision to go to court to force the Little Sisters of the Poor to violate their conscience in accepting provision of contraception, abortifacients, and sterilization.

Liberalism was born, the story goes, as a reaction against arbitrary and unlimited rule by monarchs. Yet, today’s liberals seem to adore executive power when it’s used to effect their preferred ends, even hoping that one of the only remaining “monarchs”—the Pope—will single-handedly change the “rules” of the Church. They wish to exchange “fiat” in the sense of “let it be done” to “fiat” in the sense of “do as I say.”

(Of course, “conservatives” don’t escape from this general inclination—they tend also to be ardent supporters of expansive executive power when one of their own is in office, and it is generally conservative intellectuals who have been most interested in developing theories about .)

What happened to limited government, you might ask? I answer: exactly what liberalism promised. For, liberalism was never about “limited” government, but the pursuit and exercise of potentially limitless power toward seemingly “limited” ends of securing Rights.

bell hooks - How Do We Define Feminist Liberation ...
Related Posts