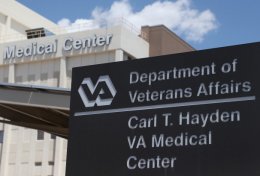 The collapse of the welfare state and the instinctive liberal reaction to defend ferociously the status quo are part of the motivation for the reform conservative movement that is shifting the GOP’s agenda from indiscriminately cutting government to rethinking government. At a panel at the American Enterprise Institute (a prior panel and speech by the Senate minority leader are described here), a set of conservative scholars discussed a new policy initiative, “Room to Grow: Conservative Reforms for Limited Government and a Thriving Middle Class.”

One of its authors, Yuval Levin, explains in the book’s introduction: “The fundamentally prescriptive, technocratic approach to American society inherent in the logic of the Left’s policy thinking is a poor fit for American life at any scale. The liberal welfare state ultimately cannot be had at an affordable price. It is not the architecture of one or another particular program that makes it unsustainable. It is unsustainable because the system as a whole must feed off of the innovative, decentralized vitality of American life, yet it undermines both the moral and the economic foundations of that vitality.” In other words, it’s bound to fail. 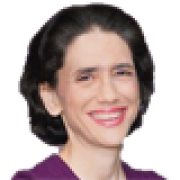 Examples of the problem abound. The VA is close to a European, socialized medicine program as you are going to see in the U.S., and it is killing people. Medicaid is rife with fraud and offers care much worse than non-Medicaid patients receive (in part because the rates don’t attract the best physicians). We’ve spent hundreds of billions on education and our kids do worse in math than do children in Poland and Vietnam. The libertarian would say: “Get rid of it all, and everything will be better!” The reform conservative says, “Let’s see if we can do these things better, or better yet, move more people off Medicaid, for example, and into good-paying jobs.” A good example of the latter mindset is Medicare Part D, a GOP reform that used market forces to keep costs down and make drugs accessible to the elderly. Liberals and libertarians fought it tooth and nail, but it works and people like it.

Liberals hate this sort of conservative talk and would rather spend more money for worse results. Why? We can be cynical and say they have a political dependence on civil servants and want those people to stay employed. Levin instead suggests that it is inherent in their vision of government: “The Left tends to champion public programs that consolidate the application of technical expertise: that try to take on social problems by managing large portions of society as if they were systems in need of better organization and direction. Again, it views government as organizing the interactions of individuals.”

The Liberal Channel Presents the Welfare Awards by Andrew ...