What is a liberal person?

Is There Any Biology Behind Our Political Affiliations? 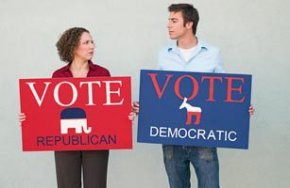 There are aspects of our lives that we like to think are totally under our control — political affiliation is certainly one of them. But a growing field of researchers asserts that there may be some biology underpinning our liberal or conservative bent.

One of the latest studies comes from two political scientists and a psychologist at the University of Nebraska. They found that liberals and conservatives had different reactions to gaze cues, like whether they tended to look to the left if a face on their computer screen was looking in that direction. Liberals were inclined to follow the gazes, while conservatives weren’t, and the researchers argued that this was because those on the right place a higher value on autonomy (or because liberals are more empathetic, or because conservatives are less trusting of others). (More on Time.com: The Strange Link Between Winning Elections and Online Porn)

Political scientist John Hibbing, one of the authors of the study and something of a father in this field, concedes that these explanations are best guesses — and he understands that making these guesses is a sensitive matter. “When we do talk about differences between liberals and conservatives, people are extremely quick to think that we’re trying to say one group is somehow deficient, ” he says. “Sometimes we’re accused of making it simple.”

Among the detractors making such accusations is Evan Charney, a political science professor at Duke University who devotes his time to debunking research into the science of party affiliation. “I think we have reached the level of absurdity, ” says Charney. “People insert meaning into irrelevant things in the world and say this is an indication of someone’s political ideology.”

Charney’s true bugbear is genetic studies — such as one that came out in October linking a specific gene to liberalism. “These gene associations are today’s equivalent of phrenology, ” Charney says. “The truth of the matter is so much more complicated. The problem is that people don’t like complicated stories.”

Studies like Hibbing’s gaze-cue experiment, however, could be considered less reductive (and contentious) than the search for a “liberal gene.” Rather than suggesting that a liberal in the world is a liberal in the womb, they attempt to identify underlying traits that might make a person more attracted to certain issue positions. “There might be something about how [people] process information differently that leads them to seek out liberal or conservative policies, ” says psychologist Mike Dodd, who worked with Hibbing on the gaze-cue study. (More on Time.com: The Real Question About Eliot Spitzer Has Yet to Be Answered)

What Is A Young Person To Do

What is Jesus Christ Really Like as a Person?

What is a Narrative Person or Narration? #Humor

What is a Marshallese person?