What is Liberal Morality? 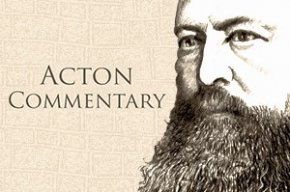 “Three recent events have made me reflect on a certain theme that should be of interest to religious-minded advocates of the free society, ” in this week’s Acton Commentary.

The three events were: 1) an interview I gave to an Italian online publication in response to a French professor who claims that capitalism is the root cause of gender theory and other cultural and social revolutions associated with liberalism; 2) a talk given by a German professor on “liberalism as an attitude” at the European Students for Liberty conference in Berlin last month; and 3) the controversy caused by the upcoming papal encyclical on human ecology.

Now, I realize that the term “liberal” can mean many things, but let’s assume that it describes those who, when considering political, social and economic questions, give greater priority to individual freedom than to other goods such as equality, tradition or order. Liberty need not be the only consideration, but it tends to be the dominant one. There are right-wing, moderate and left-wing liberals who disagree on different issues and may prefer another good in a particular instance but none of them question the good of liberty as such.

A look inside the mind of radical liberalism. THIS is what ...

What is Noachidic Biblical Liberalism?

What Exactly Is Liberalism? By MD

@OLAASM what comes after liberalism? Does it flow into socialism? I read about it all, but something different is happening now, it seems. Mon, 22 June 2015 10:04 PM