Much is being written about “the list” in which independent Americans, who do not drink from the Obama Koolaid, are on a list which will ultimately result in their loss of freedom and very possibly their lives. Some people are calling this list, “Main Core”. 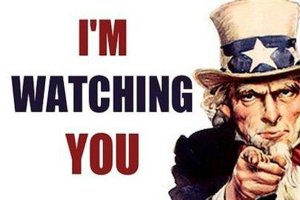 Advocates of the Main Core view state that a secret government hit list has been in place since the 1980’s. Some even wrongly suggest the Ed Snowden has revealed this information regarding Main Core to the world, when in fact, nothing could be further than the truth.

This “hit list” supposedly consists of 8 million names. Yet, not one name on the list has been released despite some reporters insisting that Main Core is real. Some have resorted to quoting Wikipedia on the topic which is laughable. Wikipedia may be suited to quoting already known facts in evidence. However, since the information is not vetted by credible sources, Wikipedia is not allowed as a reference for research papers by most professors at most Universities for this reason. Other proponents of Main Core insist that the discussion of a government hit list of dissidents by other reporters in the past is validation that there is a program known as Main Core.

There is definitely an ongoing and definitive plot to control education known as Common Core and some would even consider this program to be a case of terrorism against American students, but this is not what we are talking about here. And there is a list of “enemies of the state” maintained by the government, but it is not called Main Core. How do I know? I have been told by my two best sources that the NSA now maintains all lists of dissidents with regard to this perverted view of what constitutes national security in an alphanumeric format. When it comes to these kinds of data files, the NSA does not code its data files by using project names such as “Main Core”. Further, the use of a file name such as Main Core which would be a static reference to intelligence files and, as such, falls outside accepted NSA practices.

The NSA data base files constantly change their codes with regard to their operational intelligence lists. This is designed to help prevent hacking. A static operational name would make these files easy prey to an average hacker. I can assure you that the name Main Core has not been around as an operational label since the 1980’s and I almost spit out my lunch when I was reading about Main Core, yesterday.

An Interview with Colin Jackson, husband of Sherry Peel ...

BJP Govt. refused to reveal the list of peoples having ...

A Different Kind of List of Obama Accomplishments – For ...

Grabber political views to tend to list toward the direction of the "human beings as parasites" mindset, don't they? @FShagW @HaroldItz Sat, 20 June 2015 01:07 AM

@verslibre I had one guy I fancied email a list of reasons he wouldn't date me my mental illness and my political views being the top two. Sun, 21 June 2015 05:01 AM