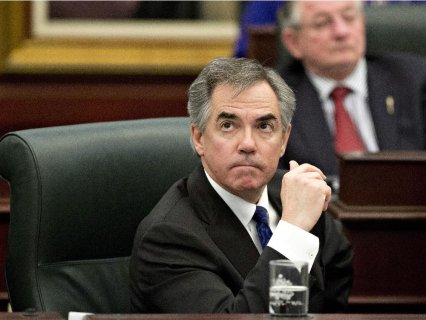 On Friday Liberal MLA Laurie Blakeman announced that she'll be running as a candidate for the Liberals, the Alberta Party and the Greens in the upcoming election...

While I applaud the efforts of progressive MLAs and party leaders to cooperate I fail to understand how Ms. Blakeman's decision gets the progressives anywhere.

As journalist Graham Thomson points out this isn't a merger of the Liberals, the Alberta Party and the Greens and it's not a strategy for province-wide cooperation to reduce vote splitting since it affects only Ms. Blakeman's riding - which she’s held since 1997.

So if Ms. Blakeman isn't proposing a merger or a cooperation strategy, what is she proposing?

Unfortunately that's not the case. And Ms. Blakeman would know this if she'd bothered to read the Alberta Party and Green party's policies before she stepped off into the abyss.

Even a quick read of the three parties' policies reveals a shocking lack of alignment particularly in the case of the Alberta Party. If I've misread any party’s policies, please let me know.

Democratic reform: the Liberals propose "instant run-off" elections (the voter picks his first, second and third choice candidates) where no candidate captures 50 per cent of the vote. The Greens support proportional representation while the Alberta Party sticks to the status quo offering little more than platitudes requiring MLAs to listen to their constituents and not be top-down driven.

Energy: The Liberals support oilsands expansion and pipeline construction on the condition that such activities are carried out under stricter environmental oversight. The Greens want a moratorium on oilsands activity until better environmental regulations are in place.

The Alberta Party calls for balance between a robust energy industry and sustainable development, promising to develop policies that reflect the energy sector's need for certainty, stability, the need to be competitive on a global scale and an "adequate" return on investment.

Think about that for a moment.

The Alberta Party promises an energy future that safeguards Big Oil's global competitiveness and guarantees an "adequate" return on investment.