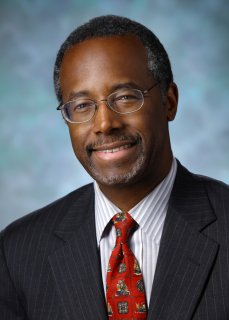 Benjamin S. Carson, Sr., M.D., had a childhood dream of becoming a physician. Growing up in a single parent home with dire poverty, poor grades, a horrible temper, and low self-esteem appeared to preclude the realization of that dream until his mother, with only a third-grade education, challenged her sons to strive for excellence. Young Ben persevered and today is an emeritus professor of neurosurgery, oncology, plastic surgery, and pediatrics at the Johns Hopkins School of Medicine, and he has directed pediatric neurosurgery at the Johns Hopkins Children’s Center for over 29 years. He became the inaugural recipient of a professorship dedicated in his name in May 2008. He is now the Emeritus Benjamin S. Carson, Sr., M.D. and Dr. Evelyn Spiro, R.N. Professor of Pediatric Neurosurgery, having retired on June 30, 2013.

Some career highlights include the first separation of craniopagus (Siamese) twins joined at the back of the head in 1987, the first completely successful separation of type-2 vertical craniopagus twins in 1997 in South Africa, and the first successful placement of an intrauterine shunt for a hydrocephalic twin. Although he has been involved in many newsworthy operations, he feels that every case is noteworthy – deserving of maximum attention. He is interested in all aspects of pediatric neurosurgery and has a special interest in trigeminal neuralgia (severe facial pain) in adults.