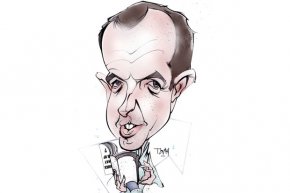 Nick Boles has always been one of the most intellectually interesting Tory modernisers. Back in 2010, he caused controversy with his call for a formal electoral pact between the two coalition parties. But today, he has recanted that idea and instead proposed that the Tories create an internal coalition by reforming the National Liberal Party as their sister party.

Boles concedes that his idea for an electoral pact was flawed because the Liberal Democrats aren’t a ‘Liberal’ party but instead a ‘statist party of the soft left’. In a sign of the loss of personal respect for Clegg even among liberal Tory ministers, Boles attacks the deputy Prime Minister as a ‘principle-free zone’ who is happy to cut a coalition deal with anyone however illiberal. He also warns that too many Tories have gone along with the Lib Dem game of doing ‘everything in their power to paint us as heartless extremists’.

But what will get the headlines is Boles call for the Tories to revive the National Liberal Party as a sister party. Boles’ case is that:

He believes that a National Liberal party, which would work in tandem with the Tory party, would have a particularly good chance of wooing younger, more liberal voters. He warns that the Tories ‘have no hope of securing their support if we approach them with the same proposition that we use to woo our stalwart supporters.’

Boles’ idea will ruffle feathers. Some will see it as a distraction from the importance of reviving the Tory brand. Others will dislike the idea of a sister party. But there is a strong argument that it would be far better for the Tory party to construct its own coalition before polling day rather than being forced into one with somebody else afterwards.

A Report To The Nation ~ Progressive Liberal Party 2nd ...

Origin of the Liberal National Party