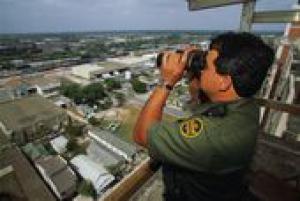 For example, most people, even immigration reform advocates, would agree that denying anyone emergency medical care is morally wrong. Yet, they would also agree that access to American medical care shouldn't be a perk for illegal immigrants - and yet it is. Illegal laborers injured during the course of a menial job are treated by top=notch American physicians.

Separating families is also morally wrong, yet when two illegal aliens have a child in America, the child becomes a US citizen, which means deporting the parents creates an American orphan. Here's an example of illegal aliens accessing US medical facilities, and also creating an avenue to permanent US residency without the necessity of becoming an American citizen.

Americans consider things like medical care and family unity basic human rights, but for many immigrants who aren't afforded the same rights in their countries of origin, these rights are often seen as rewards for making it to America.

While rewarding people who come to America illegally only encourages more people to come illegally, the solution is not to deny them their basic human rights.

If the giant moat we call the Atlantic Ocean isn't enough to deter illegal immigration, building bigger and stronger fences at the US/Mexico border won't be either. As conservative humorist PJ O'Rourke observed, "Fence the border and give a huge boost to the Mexican ladder industry."

About the only viable solution to the problem of illegal immigration is removing the incentive to emigrate to America.

If people have no reason to leave home, they won't. Poverty, persecution and opportunity are the main reasons people flee their country of origin. Better foreign aid and a more engaged foreign policy may be the only options to stem the tide of illegal immigration.

The Trouble With Amnesty

An amnesty for illegal aliens forgives their acts of illegal immigration and implicitly forgives other related illegal acts such as driving and working with false documents. The result of an amnesty is that large numbers of foreigners who illegally gained entry into the United States are rewarded with legal status (Green Card) for breaking immigration laws.People who receive US citizenship through amnesty have no reason to follow US laws, considering they've just been rewarded for their illegal immigration activities, which - beyond just their illegal status - could include associated crimes ranging from forgery to fraud. While many illegal laborers are honest and hardworking, others may learn the wrong lessons.

This may seem far-fetched, but these are actual problems associated with amnesty and illegal immigration.

@WC Stock'ton: it's the #conservative open door policy on #immigration that puts everyone in the #UK at risk of terror attacks Sat, 27 June 2015 09:06 AM

@Cecilia Tom: This parallels the immigration issue. Weeding out non-native plants at all costs is a conservative, dogmatic approach. 2/2 Sat, 27 June 2015 04:57 AM