Towards a Conservative Political Philosophy 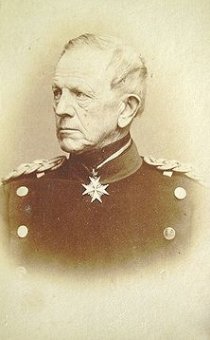 In my last piece here at America’s Right, I talked about Phase Two of the Conservative Awakening here in the United States. In Phase One we saw the Tea Party Movement unite Americans in a feeling of frustration and outrage at government corruption and waste. The challenge the conservative coalition now faces is to convert unity of sentiment into unity of purpose.

The most obvious strategy for uniting conservatives is to create a bullet-list of specific policies to enact, but it’s a bad idea. This strategy–let’s call it a policy prescription–would be counterproductive. It would exacerbate tensions between the factions of the conservative coalition and destroy rather than build on the current sense of unity.

In addition to fueling internal dissent, however, a conservative policy prescription would be practically useless. The military theorist Helmuth Karl Bernhard Graf von Moltke the Elder’s (now there’s a name!) central thesis on military strategy consisted of these two points:

You’ve probably heard a more popular version of the first one already (no plan survives contact with the enemy), but the second statement is just as important. What Moltke was advocating was more than just a contingency plan if something went wrong. He understood that things always go wrong, and in more ways than anyone can foresee. He understood the importance of having a branching strategy tree that included responses to enemy actions and then counter-counter responses to their counter-responses. 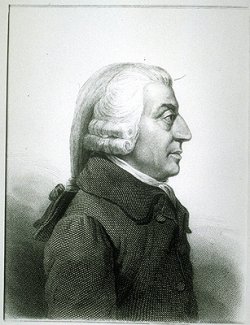 Of course, trying to generate a list of every possible action and reaction quickly leads to analysis paralysis, but the essence of his insight was that military strategy has to be flexible enough to adapt to the enemy’s decisions on the fly. A strategy should include the ingredients for making decisions and not just a laundry list of pre-determined plans. In other words: a philosophy rather than a prescription.

(As an aside: I don’t think Team Obama understands this. The progressive agenda for radically transforming this nation has not survived contact with the enemy — the people who live in this nation. But listening to his State of the Union speech it was clear that Obama intends to stick to his rote script as much as possible instead of coming to terms with the reality on the ground. Bad for him, good for the country.)

The primary advantage of flexibility that Moltke had in mind is that it allows you to be responsive to your enemy’s moves, but there’s another important benefit. It opens the door to successful compromise. Compromise is a a dirty word in politics (which is ironic because so is “ideologue”), but it’s not necessarily a bad thing. There is plenty of room for compromise without sacrificing principles. More importantly: you have to know when to put a more immediately important principle ahead of one that can be postponed.

Political Philosophy - Cons and Libs Agree on Equality of ...

Political Philosophies - We May Agree!

The Modern History of Political Philosophy

@andrewgleason I just love how they use "conservative" like it's a dirty word. it's simply a political philosophy like any other. Mon, 22 June 2015 10:43 AM