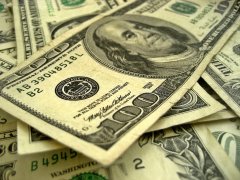 Today’s political climate is highly partisan. Debates are full of personal attacks, harsh words, and complete disagreements as each side clings tightly to strongly held beliefs. Part of the difficulty in reaching the compromises necessary to get things done in Washington is that the two parties believe so many opposite theories with each side sure that their opinion represents fact. With that in mind, here are ten economic facts that liberals need to learn.

1) Government cannot create wealth, jobs, or income. Because government has to take money from somebody before it can spend it, there is no economic gain from anything the government does. Money collected in taxes or borrowed would have been either spent or invested in the private sector. Any jobs government claims to have created are only in place of other jobs the same money would have produced if people had been allowed to spend it themselves.

2) Income inequality does not affect the economy. Poor people do spend more (or all) of their income while people with higher earnings save some of their income. However, saving is as good for the economy as consumer spending (or better). The basic identity is that national income equals consumer spending plus investment plus government spending on goods and services plus net exports. To make investments, money first must be saved; so savings contribute to national income, too. In fact, savings that lead to increased capital (a company borrows it to build a factory, for example) will lead to higher national income in the long run because the capital can produce income year after year.

3) Low wages are not corporate exploitation. In a free country, people voluntarily accept employment, so all workers believe their current job to be the best choice from among their opportunity set. If a business paid its workers much less than they were worth, a competitor would offer more and hire them away. As consumers, when we go shopping, we are happy to find low prices. We certainly do not go out of our way to pay more than we need to for things. Businesses are the same when they are buying labor; they do not pay more than they need to pay. Businesses exist to make profit, so a business will not, and should not, pay its workers more just because it has the profits available to do so. Workers get paid more only when they become more productive or when the price of what they make goes up.

4) Environmental over-regulation is a regressive tax that falls hardest on the poor. When we reduce pollution more than we should, worry about climate change more than we should, or over-restrict access to natural resources, prices go up. Because the poor spend a higher percentage of their income, forcing up prices is a bigger penalty on the poor. Blocking the Keystone XL pipeline is a perfect example of how environmental extremists are causing energy prices to be higher.