Lockean Liberalism and the American Revolution 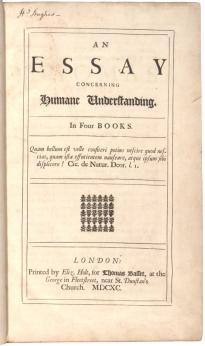 The town of Boston took an important step toward rebellion on November 20, 1772, by adopting a declaration of “the Rights of the Colonists” drafted by Sam Adams, the firebrand of the Revolution. Adams summarized these “Natural rights” as “First, a Right to LIFE; Secondly to LIBERTY; thirdly to Property.” He described a “natural liberty of Men, ” a “state of nature” where each was “sole judge of his own rights and the injuries done him.” This free man entered into political society by agreeing to accept an “Arbiter or indifferent Judge between him and his neighbors, ” a civil government that would support, defend, and protect his natural rights to “life, liberty and property.” In 1772 the rights that Adams described were being threatened by British imperial policy. An honest man, Adams acknowledged in his declaration that the source of these principles was the English political theorist “Mr. Lock” whose ideas on politics had been “proved beyond the possibility of contradiction on any solid ground.”

Meanwhile, the leading colonial critic of the drift to rebellion, the Anglican clergyman Jonathan Boucher, preached to his congregants in Virginia and Maryland that they had an obligation as Christians to accept, indeed to “reverence authority, ” since “there is no power, but of God; the powers that be are ordained of God.” There was never, he added, a time when “the whole human race is born equal” when “no man is naturally inferior, or, in any respect, subjected to another.” Governments were not the product of voluntary consent, he insisted, but were given by God to men who were then forever subordinate to those superiors God had set to govern them. He ridiculed notions of a “social compact” and of “a right to resistance.” In a 1774 sermon defending the divine right of kings to govern against colonial claims of self-government Boucher singled out the evil source of the misguided views of the rebellious colonists: “Mr. Locke” was the author “of the system now under consideration.” Americans, he hoped, would choose obedience to monarchs as announced in the New Testament’s “Romans 13” over the “right to resistance, for which Mr. Locke contends.”