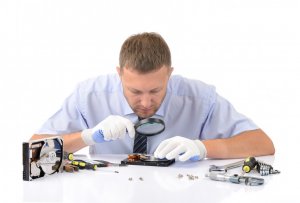 “The numbers speak for themselves, ” says Swann. “Clearly, there is no medical or financial incentive to continue down this path. So, the motivation must be either ideological or political.”

Given AHS cost-per-bed figures, the government has spent $603.6 million on ALC bed days over this period. By comparison, investing in the same number of long term care spaces would have only cost the province $132 million, and saved taxpayers a whopping $471.5 million.

“For years, the acute system has been plagued by bottlenecks, which have led to repeated access to care crises in this province, ” says Swann. “The PCs’ only solution has been to double-down on the same policies that caused the problem in the first place.”

According to their website, the Alberta government has invested more than $600 million in Supportive Living Initiatives (ASLI) grants, which sees large sums of public cash transferred primarily to private companies to cover up to 50 per cent of the capital costs for new seniors’ housing developments.

The PCs insist these grants “improve access to health care for Albertans, ” but AHS performance benchmarks and ALC bed usage data have conclusively disproven this claim. In fact, according to AHS annual reports, the number of Continuing Care beds has increased by only 5% from April 1, 2012 to March 31, 2014 (from 21, 683 to 22, 867).

“First, the PCs spent millions on private housing companies who are unable to meet the basic standards of care seniors require, ” says Swann. “Most people end up right back in the hospital system at the first sign of illness, and the cycle of suffering and waste continues.”