Here's where I learned about conservative values 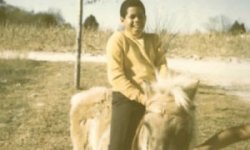 When I was growing up in Atlanta, my parents never gave me an allowance. On Saturday each week, I would either cut grass or wash cars for my neighbors. The few dollars a week I earned were my own “discretionary spending.” I was allowed to spend those dollars however I wished, but once the money was spent, I had to wait until the next Saturday to try to earn a little more cash. If I spent it all on Tuesday, it seemed like a very long week indeed.

Just as I am certain you are teaching your own children, I learned about fiscal responsibility and to live within my means. Let me ask you a question: if your children spend the money they earned or the allowance you provided all on the first day, and demonstrate they don’t yet know how to budget, would you reward them with more money the next day, or the next week? I would think not. If you continue to increase their allowance, do you think they would eventually reduce their spending? Not likely.

Rewarding bad behavior in children does not generate good behavior in the future. It is fundamental: trying to reduce spending while increasing the dollars available only results in more spending.

Which brings me to the situation our nation currently faces. Washington, D.C. has demonstrated over and over again it has no more fiscal restraint than that of many eight-year-olds. So why should we continue to trust the federal government with more and more money?

The economic policies of the last six years have clearly not worked. Our national debt now stands at an unfathomable EIGHTEEN TRILLION dollars. Millions of long term unemployed workers have simply given up looking. The workforce participation rate, at just under 63 percent has hovered near a 37-year-low for 11 months.

The sad reality, however, is those funds are not being used to create jobs, but to pay unemployment and other benefits to Americans who have lost their jobs and are suffering due to the disastrous economic policy.