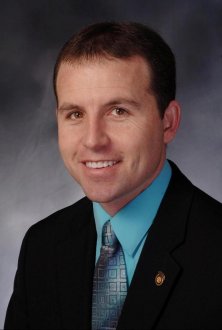 Missouri’s Republican House Majority Leader Steven Tilley says Governor Jay Nixon should commute the death sentence of Dennis Skillicorn, who is scheduled to be executed on May 21. Citing revelations that another suspect committed the murder while Skillicorn was unaware of the murder plan, Tilley said, "Certainly, that would be enough reasonable doubt for me that I would be very concerned if this state executed that individual.” Tilley’s suggestion to the Governor was made during Missouri’s legislative debate over a proposed two-year moratorium on the death penalty. Republican Rep. Bill Deeken had proposed a two-year moratorium on the death penalty. "I think it is wise for officials to conduct a study to see how many people have been wrongly convicted in Missouri and to help rebuild confidence in the accuracy of our system, " said Deeken. Tilley expressed support for a study, saying, "I support the commission doin' the study to prove that the death penalty is taken care of properly in the state of Missouri.”

(Kermit Miller, “House Majority Leader Urges No Execution on Convicted Killer, ” KRCG: Connect-Mid-Missouri, May 14, 2009). See New Voices and Clemency, where you can listen to DPIC's new podcast on clemency. There have been no executions in Missouri since 2005.

Conservatives Against the Death Penalty with Marc Hyden

Catholic Teaching on the Death Penalty

Assemblywoman Jimenez views on Guns and Death Penalty in NJ

Bears discuss their views on the death penalty